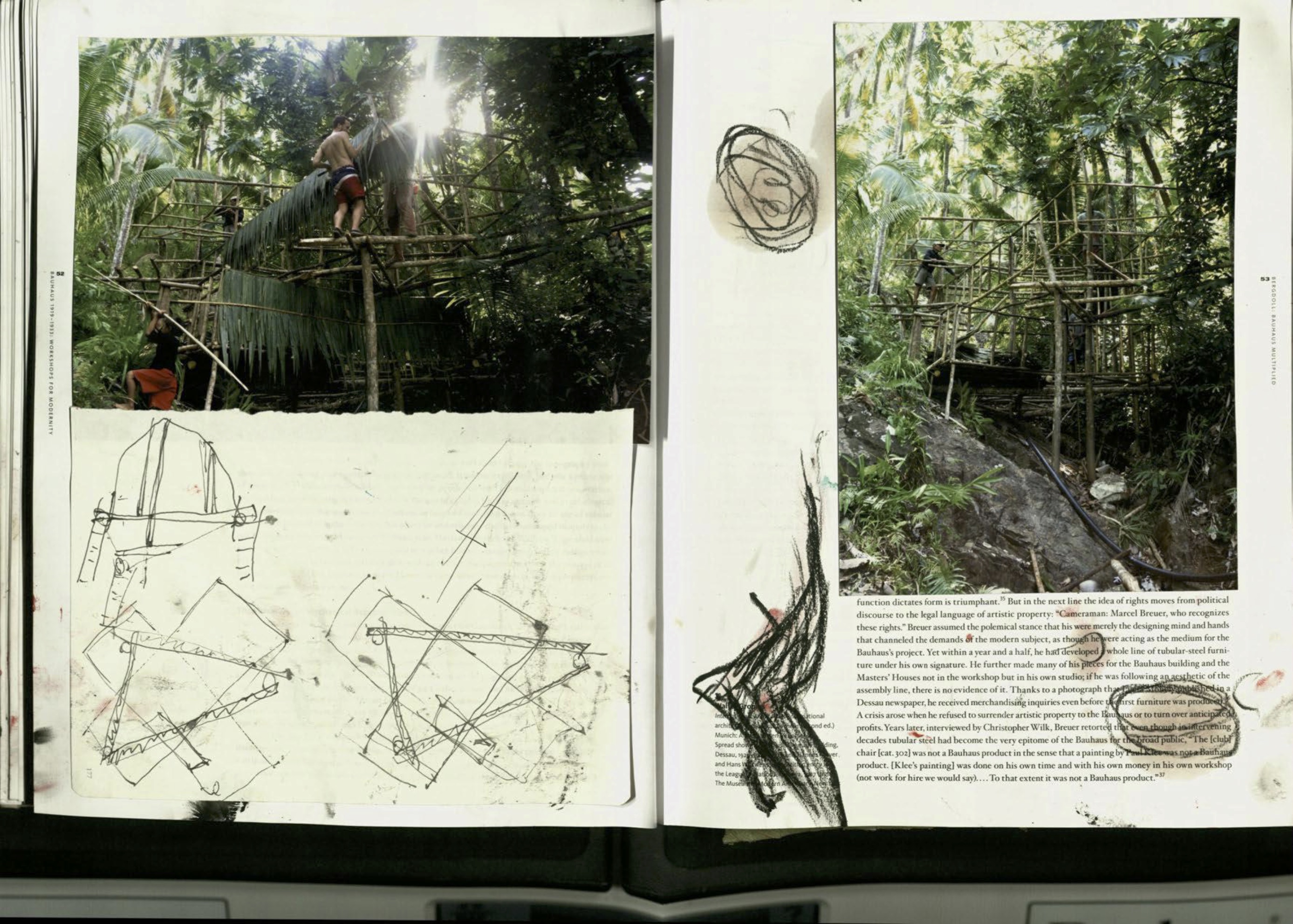 If you could only bring a single book to a secret island, which one would it be? On a residency in the south-east Asian archipelago, Peter Moosgaard chose what he believes is the document of an early cult: The Weimar Bauhaus. The founder Walter Gropius intended the movement as a secret lodge, from which a small circle were to spread the word about the new “faith of architecture” to the world. Kandinsky, Klee, Breuer and Itten were masters of esoteric rites, expressing a longing for the spiritual instead of the formal. The Bauhaus’ cultish nature is often mistaken as pragmatic modernism, like avant-gardes can easily be mistaken for tribes.

On a secret island with limited resources, a single book is the seed for new phenotypes of early western modernisms: a mutation of oceanic avant-garde emerges. As if modernism grew out of natural conditions rather than urban functionality. Bauhaus Ayoke documents the mutation of these ideas, the transformation of materials and the development of a new visual language. Using natural color extracts, coconut fiber and banana leaves, Peter Moosgaard reconstructed key pieces from the Bauhaus’ early history, retracing its history along an alternative space-time axis.

At the Palais des Beaux Arts, this oceanic version of “Bauhaus Ayoke” published by the Palais de Beaux Arts is a completely transformed version of the MoMa publication (Hardcover, 344 pages), a shamanic re-work of its contents, collaged with botanica, notes, documentation footage and painting. It was physically transformed into a different book on the journey, leaving sand between the pages, the charm “lumay” from Siquijor Island, a new cover made from coconut fiber and project documentation of alternate modernist designs.

A seed for new phenotypes of early western modernisms, a mutation into an oceanic avant-garde. 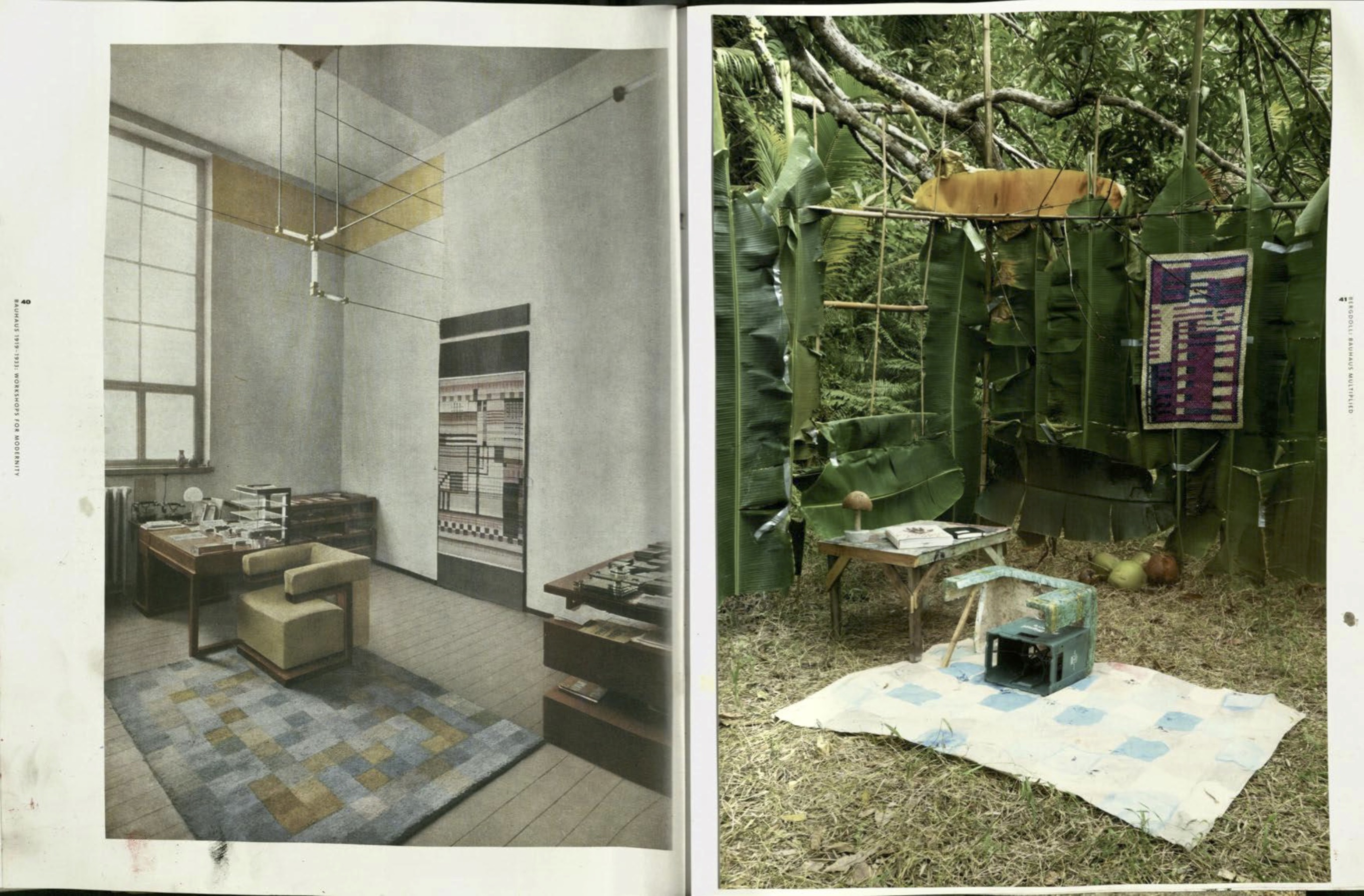 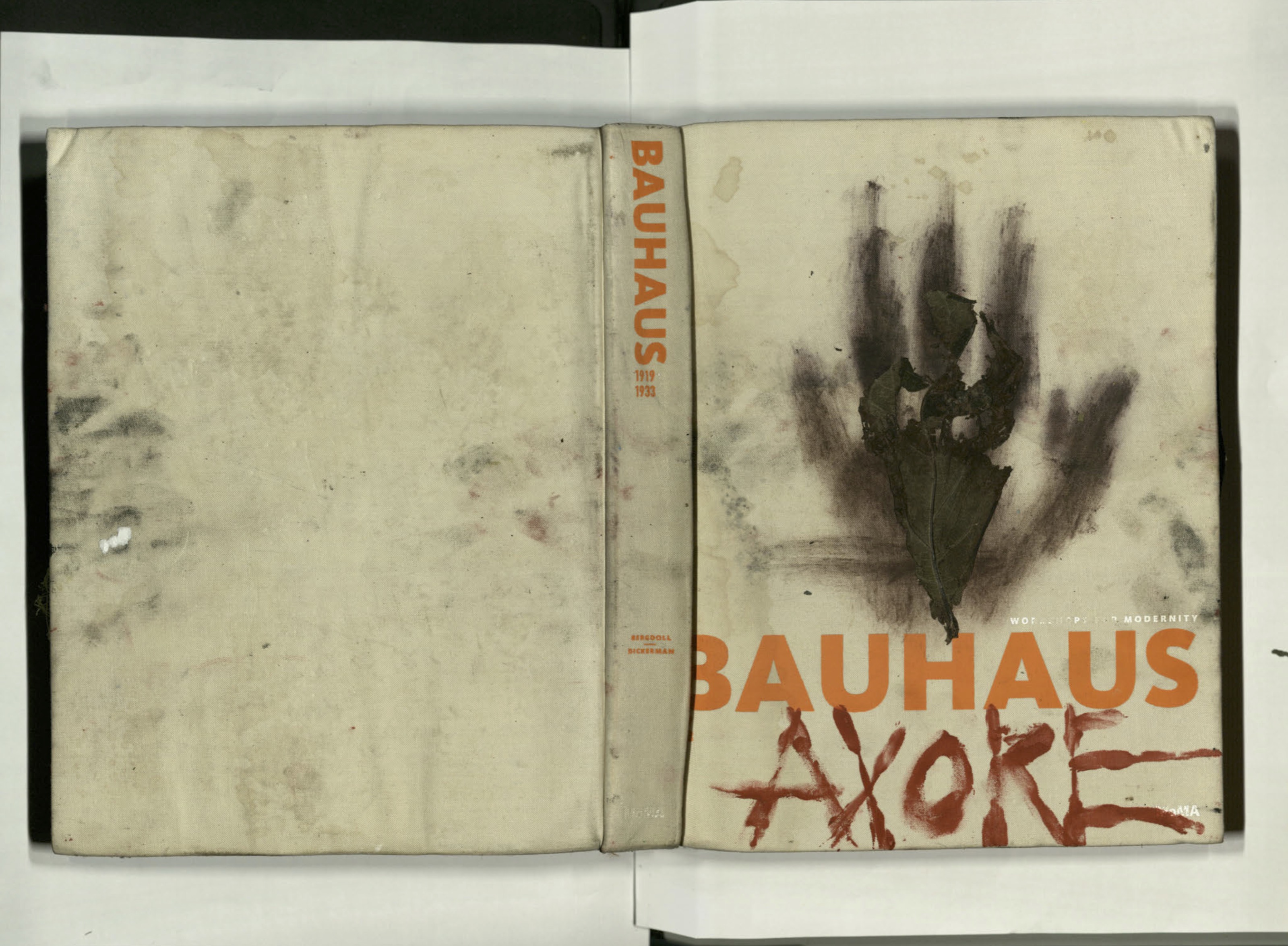 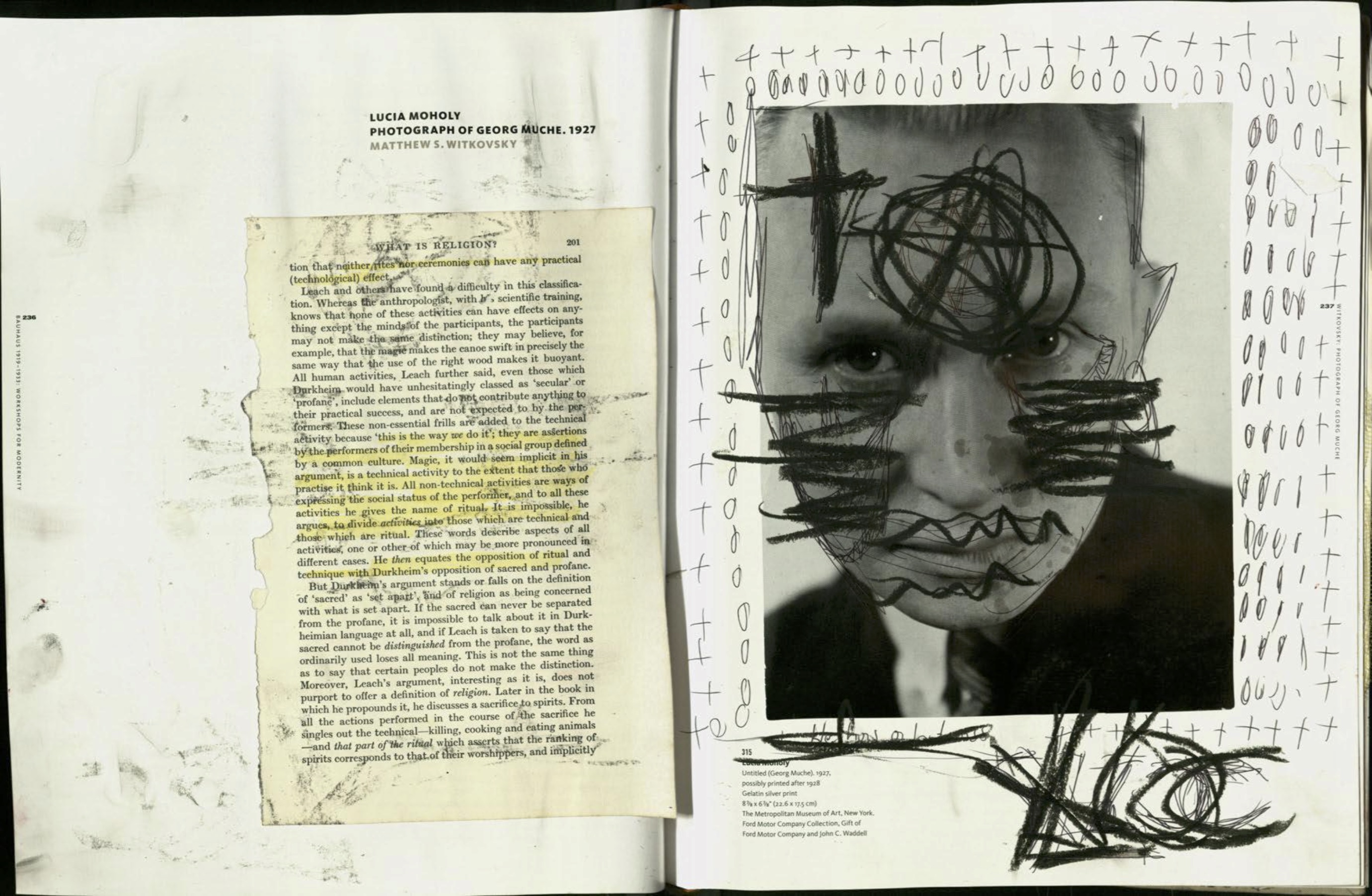 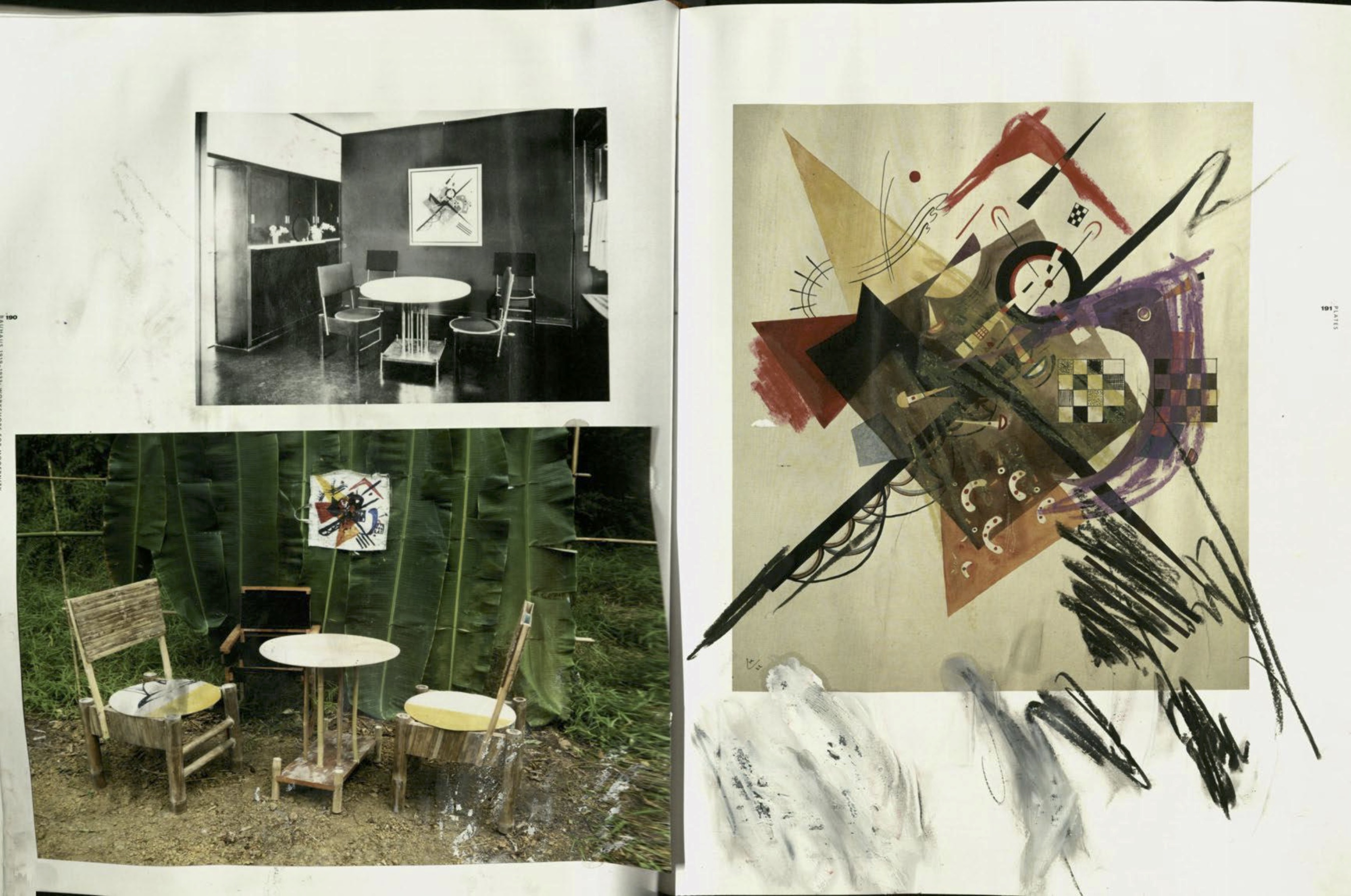